In just three years, UNILAD has become one of the largest online media networks, with its content being viewed by billions around the world. But managing global finances for this content powerhouse isn’t a job for the faint-hearted.

Revolut recently sat down with the money team at UNILAD to find out what it’s like to cope with such rapid growth and learn how to financially scale a business, in order to support future growth.

How to Reach 1 Billion People a Week

Earlier this week, we met up with Kwame, who joined the company in 2015 as the Head of Finance. When he first started, UNILAD was only made up of 11 people; the company is now 134 strong, spread across its two offices in London and Manchester.

UNILAD’s growth came as a direct result of their content reaching an ever greater number of people. But the key to making their posts bigger, better and bolder might come as a surprise to some. Kwame tells us it all boils down to making sense of the numbers:

‘We used to spend a lot of our time analysing data, post by post, to the point where we started to develop a feel for what works and what doesn't.'

He explains that from a business perspective, data helps them make informed decisions from early on and argues that UNILAD's rapid growth is due, in part, to the time and effort put into analysing each individual post, thus allowing them to draw meaningful and, more importantly, actionable conclusions:

'There are a number of reasons why a post doesn't perform well, other than the content itself; for instance, it could be that the post was 'packaged' wrong, or that the caption wasn't strong enough, or that it was published at the wrong time.'

The results speak for themselves, UNILAD now reaches around 1 billion people every week and has amassed over 50 million followers worldwide, earning them the title of ‘the most popular Facebook publisher’ in 2016.

Rapid growth brings many challenges into the mix, especially from a financial standpoint. Kwame and his team's responsibilities include managing budgets for a video production crew of 20 people who regularly travel the world.

Initially, the finance team were using a separate account held with their bank - the so-called 'production account' - which, in theory, would allow the video teams to access their budgets directly via corporate cards linked to the account. In practice however, this wasn't the case.

‘We had 2 cards which would get passed around the team and this made it really hard for us to manage accountability, to the point where we'd have to chase down staff for receipts. This made reconciliations against budgets virtually impossible to do.’

Even having one of these corporate cards issued was a challenge in itself, Kwame continues. It would usually take up to five working days, following an initial visit to the bank - clearly not a process designed for a global business like UNILAD.

In order to overcome the long waiting times, UNILAD would hand the teams their travel budgets in cash. But this meant that upon their return, the finance team would have to exchange the leftover cash into a currency UNILAD deals with - another time-consuming issue.

The Account that Saves Hours of Admin Work a Day

In a bid to streamline their processes and have more control over budgets, expenses and card issuance, Kwame decided to bring Revolut for Business to UNILAD after realising the benefit of a multi-currency account whilst travelling abroad:

‘As a business that receives money in Pounds, Euros and Dollars, having access to multiple currencies at the click of a button was a no-brainer.’

Kaja, UNILAD's Accounts Assistant who manages the Revolut for Business platform, highlighted that the business product helps her easily manage the various needs of the video production teams. Sharing her views with us, she adds:

'Revolut allows me to have beautiful control over every transaction that takes places and provides us with a much more streamlined service. Everything I need is at the click of a button, which just makes my job a lot easier.’

The team goes on to explain how Revolut for Business solves not only the operational hurdle of dealing with multiple teams around the world, but also cuts down waiting times for issuing corporate cards to as little as two days. When we asked for an estimate of how much Revolut has helped the business save in fees, the team argues that time is a better metric:

‘Using Revolut for Business saves us hours on a daily basis.’ 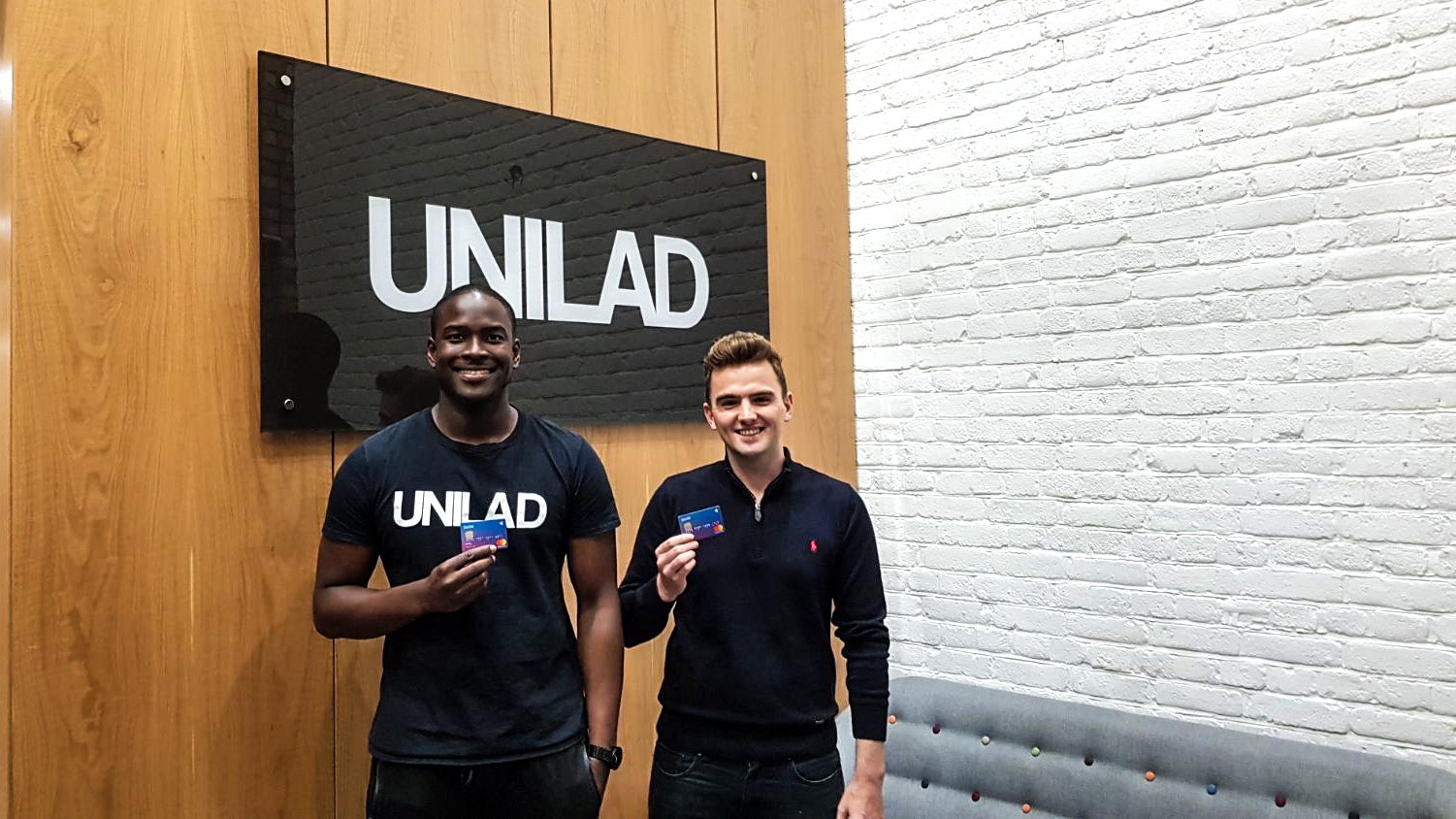 Our Approach to Problem Solving

Kwame tells us that because UNILAD is still growing, the entire team’s focus has to be on managing the business going forward, as opposed to checking in with their bank, processing receipts and everything else associated with taking care of the video production teams.

It was clear to us that UNILAD’s operational issue of managing production budgets had its roots in the archaic world of traditional banking. From Revolut's perspective, UNILAD’s requirements were clear and simple:

Since this was not the case with their existing banking partner, Revolut provided them with a flexible multi-currency account, a well laid-out interface and all the functionality you would expect from an account built for a global business.

So, Where Do We Go From Here?

While talking with the team at UNILAD, we wanted to find out their impressions of our product and learn how we can continue to improve it.

Kaja mentioned that a mobile app for business would be a useful addition to the product, while Kwame talked about having multiple layers of control within the Revolut for Business account:

‘On my end, I'd like to be able to manage all our different cost centres. It would be great to have a feature that would allow us to group people into departments and manage their budgets as a whole, while still having the ability to issue individual cards within the different departments.’

Another interesting idea that cropped up in our conversation was the ability to integrate Revolut for Business with UNILAD’s own campaign management system:

‘One of the ideas we have is to use Revolut's Open API to pull in the transaction feeds into the system, which then allows the producers to automatically match individual payments with specific campaigns, thus streamlining the process even more.’

Looking forward, UNILAD’s future is an exciting one. On the commercial side, we’re told to expect more from every business vertical, including original content, live sports and more. Behind the scenes, the team is working hard on building a complete campaign management system in which Revolut plays an important role.

On our end, we look forward to working together with our friends at UNILAD to provide them with the best business banking alternative, while they provide us with some of the juiciest, funniest and most viral videos the internet has to offer.

Get started for free

Over 1,500 growing businesses are joining us every week. Will you be the next?

You may have seen our social media feeds blowing up over the last week as we announced our move into cryptocurrency [https://blog.revolut.com/what-is-cryptocurrency/]. While this is welcoming news for crypto

Adam loves his job. As the executive chef on-board an exclusive yacht, he delights his guests with the finest dining experiences while cruising through some of the world’s most beautiful islands. We wanted to find out his story and learn how Revolut saves him over £200 each month.

From a one-man blog to the biggest content platform in the world, how has UNILAD done it?
Sign up in minutes