Today, we are extremely excited to announce that Revolut users can now load their Revolut accounts with Polish Zloty and Swiss Franc!

Since we launched in July 2015, Revolut customers have been able to load their Revolut accounts with British Pounds, Euros or US Dollars. With our latest update, customers can also load, exchange, transfer and receive Polish Zloty and Swiss Franc!

Like in the UK, most of the major Polish banks charge their customers to use their cards abroad or transfer money overseas. Our research shows that you could be charged up to 89zl to spend just 1,000zl in Euros. 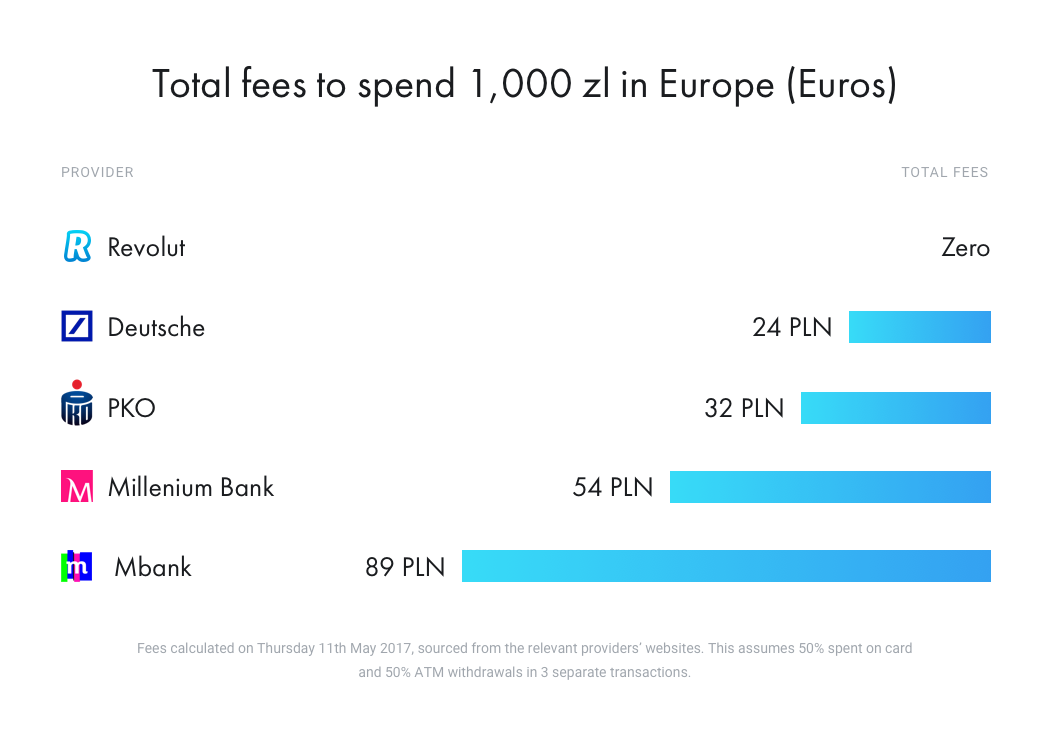 Polish citizens could also be charged up to 6% by their banks or other providers to transfer money abroad. 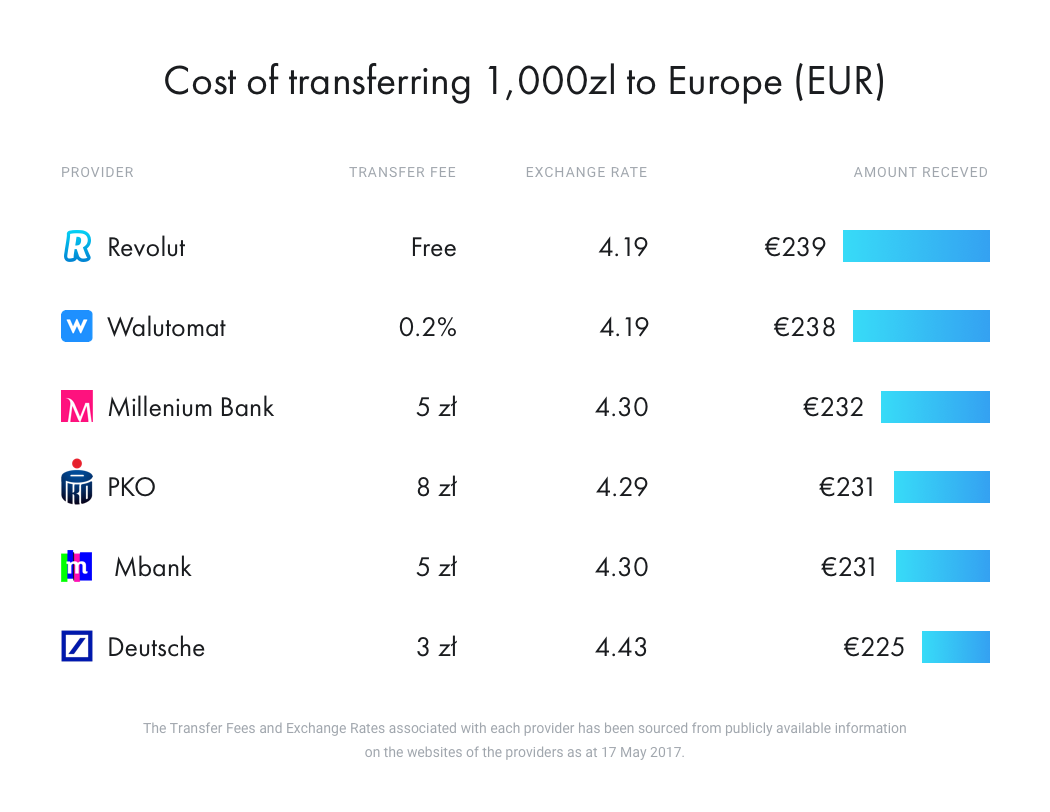 We have added Polish Zloty as a top-up currency to shake up the banking industry in Poland and provide Polish citizens with a seamless and fee-free way to manage their money around the globe in multiple currencies.

Revolut users can load their account in Polish Zloty and instantly send free money transfers in 26 currencies (including PLN) to any bank around the globe. They can also spend fee-free in 120 currencies with a contactless MasterCard.

Whether you’re living between countries, traveling, paying a mortgage in a foreign currency or sending/receiving funds from relatives in Poland or abroad - Revolut can help you cut out the banking fees entirely.

Banking in Switzerland is expensive. Most of the major banks charge hefty annual account fees and charge you to use an ATM in Switzerland if it’s owned by another provider. The table below shows that you could be charged as much as Fr2 per withdrawal to use a Swiss ATM. 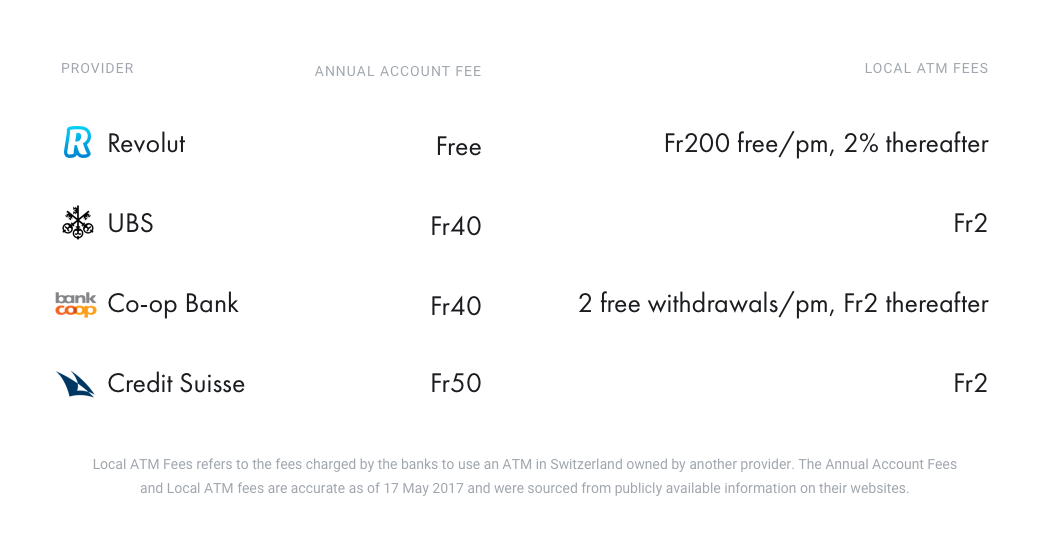 This makes Revolut a considerably cheaper option than a bank account to use both locally and overseas.

How to add Polish Zloty or Swiss Franc

To load our new currencies, you’ll need to update your app to Revolut 4.3 via the Google Play or iOS store. Then, simply select Polish Zloty as a top-up currency when loading your account by card or bank transfer.

Alternatively, tap ‘Exchange’ in the app and exchange funds from one of your existing balances to Polish Zloty or Swiss Franc in the app.

Help us spread the word!

We’d love it if you would help us spread the word by hitting the buttons below to let the world know that Swiss Franc and Polish Zloty have hit the Revolut app!

Update to Revolut 4.3 to top-up, exchange and send Polish Zloty and Swiss Franc! We’re building the future of money beyond banking. Err right…but, what does this actually mean? The

Top-up in Polish Zloty & Swiss Franc!
Get the App